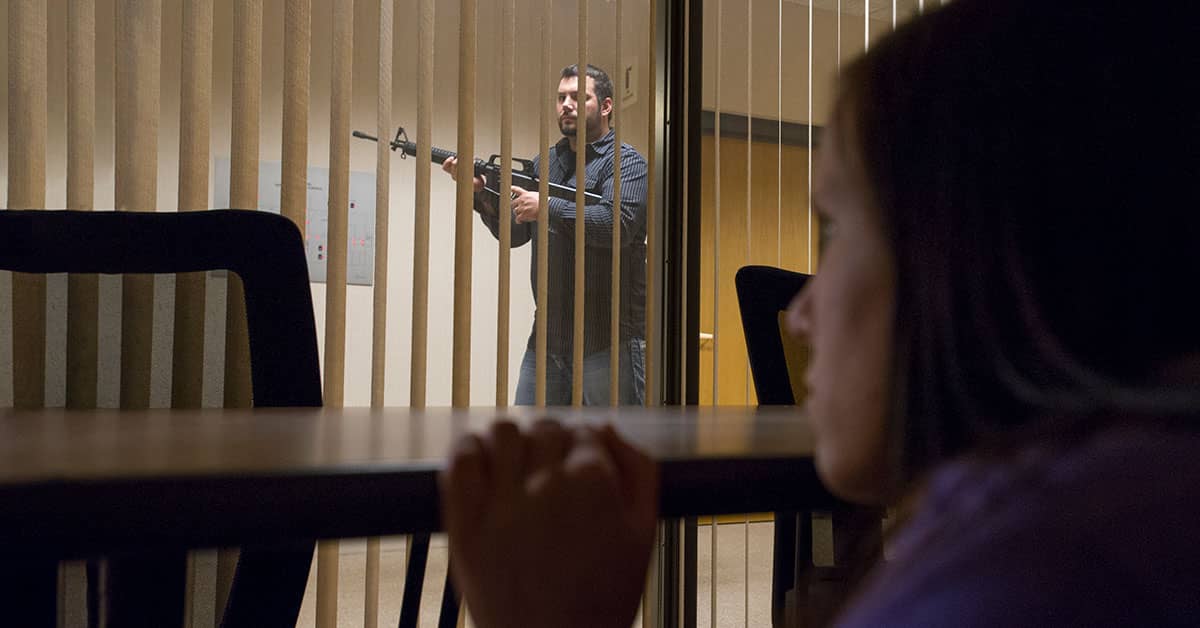 Several years ago, the FBI attempted to identify what motivates active shooters. The study found that, although motives differ, they fall into a few identifiable categories. Shooters do not always document plans of their attacks, but the FBI identified some potential warning signs.

Most active shooters (80%) had a grievance, whether real or perceived, and were motivated by something they saw as an injustice. They wanted revenge for perceived mistreatment or unfairness, and the primary target was someone known to the shooter. Unfortunately, most victims were bystanders who happened to be in the wrong place at the wrong time.

The three most common motivations were:

Employers should watch for employees who complain about such issues, especially if they blame others for their problems, get into confrontations with coworkers, and/or seem to be contemplating suicide (which suggests extreme despair).

Approximately half of the active shooter cases studied involved potentially visible signs of planning, such as social media posts or personal journals. While all shooters are believed to plan their attacks, half of cases did not involve documentation, and planning existed solely in the attacker’s mind.

Where planning was evident, shooters almost never planned to escape; most expected to commit suicide, be killed by police, or be caught and arrested.

In cases where documentation was found, the time spent planning varied from less than one week to more than one year. The shorter time frame suggests that a shooter can move from “decision” to “attack” in just a few days. Although the study did not correlate motives with time spent planning, many shooters experienced the motivating event (such as termination of employment) shortly before the attack.

Since half the cases had no discernable planning, employers need to recognize and address warning signs. Active shooter events seem random when the attacker has no relationship to the target (such as a shopping mall or public area). However, individuals who attack their current or former place of employment likely have an injustice motive coupled with a specific target.

OSHA doesn’t require employers to prepare an active shooter response, but many employers recognize the risk, develop written plans, and provide training for employees. The Training area of the J. J. Keller® SAFETY MANAGEMENT SUITE can help with a training course on active shooter situations along with many other topics. This tool can help you deliver training with online e-learning courses, classroom materials, and many other assets.

Could your stormwater discharges be certified as “no exposure”?

Tips for an effective ergonomic program